In the first episode of a new BBC 2 series Digby Jones: the New Troubleshooter, Lord Digby Jones rolls up his sleeves and sets about helping secure the future of medium-sized business: Hereford Furniture. This family-owned company with over 40 employees makes and sells home furniture.

While Digby always has the best interests of the companies in mind, expect ruffled feathers and bruised egos as he gets stuck in and delivers his analysis and advice. Under Digby’s expert guidance and over several months, problems are isolated and tackled, experts are called in and big decisions made.

Digby knows all about success. He’s risen from working in his parents’ corner shop in Birmingham to the House of Lords by way of time at some of Britain’s most high-profile manufacturing companies. It’s made him one of the UK’s most respected business authorities and a passionate cheerleader for British manufacturing. He’s the ideal person to help three British companies realise their full potential.

Hereford Furniture has granted Digby access all areas, over five months. To really succeed in the cut-throat world of business, they will have to be at the top of their game; efficient, focussed and flexible. But are they willing to learn how from Digby and can he really improve their fortunes? Do they think his advice is even right?

As well as Hereford, the other companies in the series are based in Hawick and Co Durham and between them they make furniture, knitwear and electrical appliances – things we all buy and use. But how can they survive and prosper in the face of fierce foreign competition and cheaper imports? Digby thinks he has the answers and now he’s going to share the secrets of his blueprint for British success.

Digby Jones believes small and medium-sized businesses such as these are vital to the nation’s fabric.  They provide jobs and their taxes help fund the schools and hospital we all use. So we all have a stake in their success. But don’t expect it to be easy!

Produced and directed by: Jonathan Megson

An Entertainment North Production from the BBC 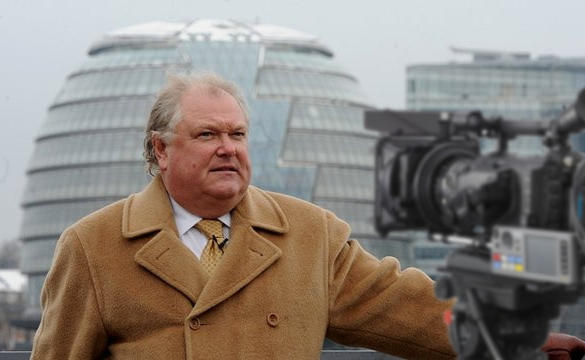