Lord Digby Jones made an Official Visit to Bahrain on Monday 16 November 2009 as Business Ambassador for UK Trade & Investment.

He addressed 100 guests from the Bahraini Business and Banking community at a dinner at the British Embassy where he promoted the UK’s leading position outside the Muslim world in issuing Shariah-compliant financial instruments.  Only Dubai in the world has issued more sukuk bonds than London.

He stressed that Britain is very much open for business, and still leads the world in financial services and as the UK trades its way out of recession, its value added, innovative manufacturing sector, from automotive to aerospace, from pharmaceuticals to food manufacturing continue to lead in many markets.

He concluded in congratulating the Kingdom of Bahrain on developing a stable, predictable framework in which to do business and from which to exploit the Gulf’s position as the hub on the balance line of economic power between the USA and Europe on the one side and Asia on the other. 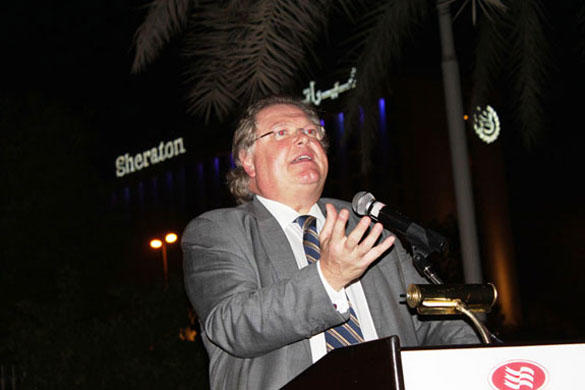