As I write this, the World is in the twelfth month since it began to undergo radical change. An entire year since, Country by Country, the human race began to deal with the assault upon the very survival of its way of life, for millions its very existence, by an unseen, all-powerful living being: Covid-19.

So many of these changes will not endure and the “new” in “new normal” will disappear almost as quickly as they arrived. The offering at gatherings in public will revert just as soon as a combination of the law, universal vaccinations and public confidence allows. Theatres, sport, restaurants, pubs; it will be very much “as you were”. Hopefully professional top-drawer footballers and international rugby players will by then have stopped the “show” virtue-signalling of Taking the Knee and the display of support for the political organisation Black Lives Matter. The vital fight against the disgusting existence of racism deserves better than a ritualised, fast becoming an empty, gesture before a match when the return of normality will see players facing a regular torrent of abuse from sections of the crowd as they kneel down, leading them publicly to giving it up; and backing down on something that had its origins in standing up for what is right would be such a backward step.

Some of the changes over the past twelve months have merely arrived more quickly than would have happened without the consequences of Society’s fight against the killer disease. These will endure. The fundamental shift in the retail offering is a prime example. The High Street offering has taken ten months to change in ways that, without Covid, would have taken ten years to bring about. Technology has seduced the consumer into a totally different retail experience and every extra pound that goes into Mr Bezos’ pocket is another nail in the coffin of the familiar retail experience of yesterday. It would have happened anyway but certainly not as quickly. It has presented those who govern us with massive challenges: what do you do with rapidly emptying High Streets and Retail Parks? Creating swathes of social and affordable housing in the very centres of our towns and cities is an obvious change that helps solve a pressing problem across the developed world but knee-jerk reactions fuelled by a quest for political popularity risks the creation of socially-damaging no-go ghettos, to no-one’s benefit.

And how does Society deal with an increasingly monopolistic Amazon? If ever “technological disruptor” had its meaning and consequences writ large for us all to see, viz Amazon! But where are its essential contributions to Society that are surely part of the retail bargain? Does Amazon take responsibility, in cash or facility terms, for the disposal of the enormous volume of packaging material its activities leave us to deal with every day? Does it insist on its self-employed delivery drivers using electric vehicles and thus minimise the pollution and environmental damage caused by its business model? Does it pay its fair share of tax to help the very societies that have paid for and nurtured the enormous profits its monopolistic but clearly popular activities yield? Does it, in short, compete on a level playing field with its traditional retail rivals? Or have the past twelve months brought into sharp focus an irreversible change that must be faced up to …..and quickly.

As Countries headed, one by one, into lockdowns and varying forms of social isolation (I never thought I would be attending my 96 year old Mum’s funeral via webcam, that’s for sure!) the words “Zoom” and “Teams” were known to the very few. Today, they have become an indispensable part of the way of life for families, friends and businesses alike.

There has been a commensurate growth in the use of and reliance (bordering on addiction with so many people) upon social media. For all its benefits (and there are many, especially during lockdown’s assault on the usual, taken-for-granted freedoms of social intercourse) Mr Zuckerberg and friends have selfishly and greedily created a monster of which Doctor Frankenstein would have been proud. Social media has fuelled a cancel culture that is already out of control. It has taken the embryo of wokery and fed it, facilitating its growth in a womb of irresponsible and often anonymous unaccountability, allowing it to develop into the damaging, appalling wrecker of people’s careers and livelihoods. Social media has also been a major source of mental health issues the world over. Governments from Washington to Canberra and back again must now deal with these monopolies that put into the shade Nelson Rockefeller’s activities with railroads and oil over a century ago. Facebook hides behind the “we’re a platform not a publisher” defence of irresponsibility and now effectively behaves as being more powerful than democratically elected governments. This fight would have taken place anyway; Covid has accelerated its arrival. The USA, the EU, Canada, Japan, the UK must all get behind Australia and ensure that out of Covid comes a more powerful democratic Rule of Law, not chastened governments kowtowing to Sir Nicholas Clegg’s high rollers

There are more areas where the post-Covid challenges are many, where there will be casualties but also surprising winners; international travel for leisure and business, attendance at Universities and Colleges, the workplace and its new standing in the work/life balance, personal relationships of all sorts. But, as we peer into the uncertain future of a post-Covid World, one thing is clear: there will be a feeling of a New Beginning in so many people and businesses, not to mention electorates, both local and national.

The Countries that seize that feeling, make the big, bold decisions and then implement them with leadership with which every part of Society can understand will win the post-Covid race that is International Competitiveness. That race takes no prisoners and gives very few second chances.

The UK is in prime position to succeed. On a comparative basis it is freer than it’s been for decades to do deals around the World. The EU has shown itself in the Great EU Vaccination Farce to be the moribund SuperState marching valiantly towards the 1970’s that will let its people down in so many ways in Asia’s Century. Whether the opportunities are realised is down to the courage of politicians and the appetite of Business. From the Commonwealth to the USA, from Japan to the Middle East, the UK can create growth, build lasting jobs and deliver tax revenues not only for herself but for so many populations around the World. If not now, then when?

Life’s battles don’t always go
To the stronger or faster man;
But sooner or later the man who wins
Is the man who thinks he can.

Photo by Nathan Dumlao on Unsplash 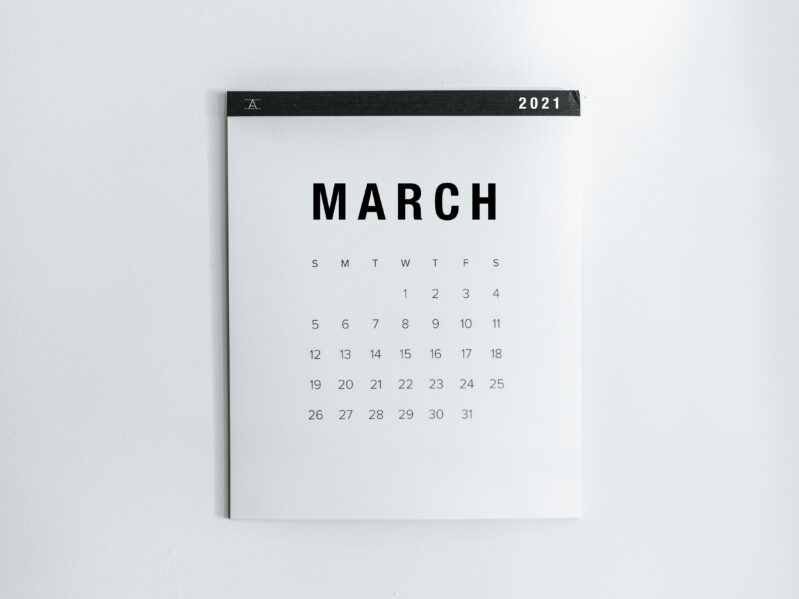