The Woke Thought Police will now no doubt commence an attempt on my destruction in any and every which way for repeating these lines. For Thomas Jefferson (one of the Founding Fathers of that Shining City on a Hill) owned slaves. Presumably in their devotion to what The Times calls the Cancel Culture they will not only now condemn me for WrongSpeak (another excellent Times’ description) but also seek to eradicate Jefferson from history: “He didn’t happen because we say so”.

But can I just join Rod Liddle in asking them how they intend to deal with Karl Marx with whose views on the Chinese, Islam and some of the noble Arab peoples they surely cannot agree? Or would they like to explain why they don’t intend to “cancel” Martin Luther King given he advised homosexuals to seek psychiatric help?

The Archbishop of Canterbury, no less, has said that some of the statues and memorials in the Church of England’s 16,000 churches and 42 cathedrals “will have to come down” over links with slavery. But where does this end? I see that an unnamed London priest (I do hope that his wish for anonymity wasn’t caused by a desire to stay in his job or by fear of character destruction and harassment on social media) has said that “if only the sinless can be remembered, we’re only going to have memorials to Christ”.

Wealth accumulated in one dubious way or another built most of the fabric of Western Civilisation (actually, you can delete “Western”!); where do the demands of this Cancel Culture stop? And when does the apparently craven acceptance by those in power, of every demand come to an end?

It may be inconvenient to some to have it pointed out that the first Country to abolish the disgusting practice of the slave trade was Great Britain. Moreover, because Britannia ruled the waves, the British taxpayer spent millions and the Royal Navy lost a thousand lives capturing 1,600 slave ships and freeing 150,000 slaves in the decades before the USA abolished the inhumane, revolting business.

The English do not warrant many words of praise from the Irish, especially from an Irishman writing in the 19th Century, so it is significant that the Irish historian William Lecky wrote: “The unweary, unostentatious and inglorious crusade of England against slavery may probably be regarded among the three or four perfectly virtuous pages comprised in the history of nations.”

Does any of that forgive what went before? Of course not. Should our children (and adults for that matter) be better educated about the murky underside of the proud stones that built the foundations of Empire? You bet. But there should be balance in all things and a preparedness to be more understanding of historical context. It is our privilege today to judge yesterday’s actions with the benefit of hindsight; we should of course be mindful of the fact that tomorrow will also judge us in the same way.

Is the Black Lives Matter organisation onto something? Of course they are. Should we all search our souls, ask ourselves if we have either exercised or tolerated any form of racial prejudice and then we must work hard at making sure that “Never Again” means something. Most definitely.

But for maximum effectiveness the BLM Organisation should not debase or cheapen the currency: BLM UK has political aims, wants a reduction in police funding and has been critical of Israel; Black Lives Matter should loudly disassociate itself from this politicisation of a noble purpose.

Having Premiership footballers take a knee before every match in the restarted season is a great way of getting the message across, hopefully to a sector of society which has amongst its number many a racist. But the Football Association is just plain wrong and muddle headed to sanction the two teams in this year’s Cup Final to kneel down DURING the playing of the National Anthem; not before or afterwards which would be quite proper, but during! The very people the gesture is meant to influence will be completely turned off, sadly some will be turned against, by this hijack of the Nation’s commemoration. What is this? Are we ashamed of our Nationhood? Do we reject coming together for just a couple of minutes to pay respect to our Country and its personification in Her Majesty?

When you look at the overt racism of races other than Whites, the acknowledged racism of some other countries, when you look at the way Black Lives clearly and disgracefully don’t matter in many other places in our World, when you recognise that Great Britain made a larger contribution than most to slavery’s abolition, is the Nation not permitted just two minutes of recognition and respect as a Country and not a cause, however noble its purpose might be?

I guess our World is rapidly changing with the New Order’s social rules being made apparently on the hoof. The YOLOs are the Rulers; You Only Live Once colours every decision and the rapid adoption of every mores. But in their quest of the implementation of a creed of wanting a more, not less, tolerant world they must beware of achieving the actual opposite by becoming the Tyrants of the New Order. Merely changing the identities of the Oppressor and the Oppressed does not actually rid our World of the scourge of intolerance and prejudice.

When I see the last Premier of Apartheid South Africa, Nobel Peace Prize winner FW de Klerk, the man who daily risked his life to free Mandela and enable black majority rule in his country, banned from speaking at the American Bar Association following lobbying by activists; when I see JK Rowling vilified and shunned for holding the view that there is such a biological creation as a woman; when I see sexual predation and grooming in Rotherham or workplace exploitation in Leicester go unchecked for a long time because, it is suggested, the Police partly feared to tread on the eggshells of being accused of racial discrimination; then I reckon I am entitled to say that All Lives Matter, and all human beings matter equally to eachother regardless of the colour of their skin or the God they worship, their gender or orientation. Not more, not less…. equally.

And to those who think that they somehow have a God-given right to cancel a dissenting view, to vilify someone just for having the temerity to disagree with them, to those who seek out offence and take it in their own self-fulfilling prophecy of bigotry and prejudice I offer up George Orwell’s words:

“If Liberty means anything at all, it means the right to tell people what they do not want to hear”.

Photo by John Bakator on Unsplash 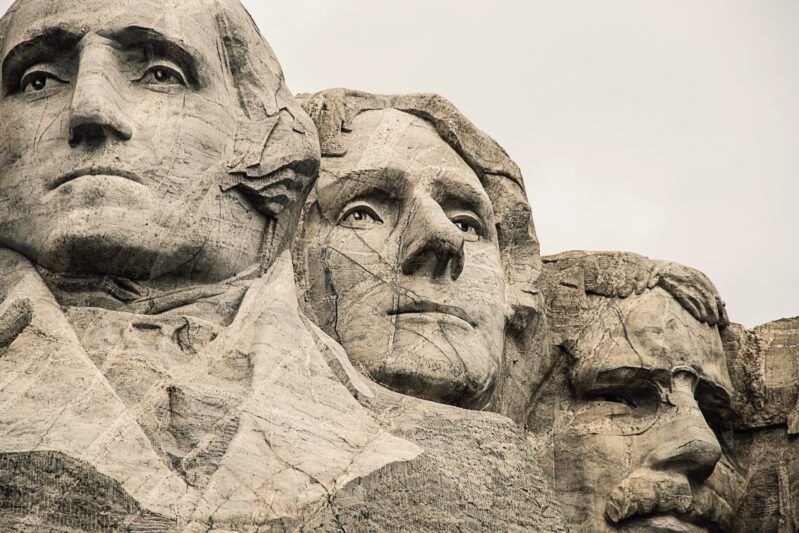