As I left the House of Lords the other evening there were no cabs to hail, no cars to dodge. The streets had been cleared of the hatefully declared impedimenta of people going about their lawful business …… to allow other people aka their arrogant accusers to go about their unlawful business. A curious state of affairs. Oh but the new scourge of the streets were there aplenty. Cyclists who think they own the entire planet ….& behave accordingly. Dangerous, rude……not all of them of course but enough to make life as a pedestrian fairly unpleasant at times & drivers needing to plug their ears against the abuse that emanates from the mouths of cyclists as they cross a red light again & then hurl insults at the motorists who (obviously wrongly) thought a cyclist would stop on red.

We have become used to (indeed tiresomely bored with) the Remoaners’ demos. The whole panoply was out there this time again, around College Green (the place where the political telly outside broadcasts come from), from the bloke who’s allegedly paid & housed by members of the Remain Establishment to bellow disruptively whenever there’s a live transmission, to the EU flag wavers & slogan screamers. They might well present a noise pollution hazard but they don’t encroach & are generally well-behaved.

We have equally become used to the Brexiteers. Usually in a minority but no less vociferous for that. Some get in amongst the Remoaners but most edge further up towards the gates of the House of Commons to ply their trade. Their message tends to be the simple “Give is what we voted for”; in contrast with that of their opponents, one of whose more erudite & thoughtful offerings is the entirely undemocratic “Bullocks to Brexit” although what cattle farming has to do with any of this is beyond me (but then it’s also beyond me that a Political Party which makes its central policy to go against the democratic Will of the People & actually abolish what even Parliament voted for, has the nerve to call itself both Liberal & Democrat!) Again these demonstrators are generally acting within the law & do not obstruct or impede.

But then my walk in search of a cab, along empty streets cordoned off by the Met, took me straight down the major part of Demo Alley. The naive, smelly, unlawful, obstructive, unstructured, love-in mess which calls itself Extinction Rebellion. So painfully middle-class it might just as well have been sponsored by Waitrose. (I swear I heard one vicar’s daughter ask another if she “still bought her smalls from Marks & Spencer”!)

Half-hour journeys take an hour; people miss interviews & appointments; stress levels & carbon emissions go through the roof. For what? So a retired teacher from Wiltshire can feel empowered by causing financial damage to our Country & security worries because of the police numbers committed to the imposition.

My walk past (& partly through) this lot went on & on. Had the Met (out in amazingly large numbers; think of that cost to you & me in police overtime payments) closed the whole of London? Never once did I feel threatened, nor did I hear abusive or foul language. But I didn’t see much demonstrating going on either. Loads of tents, a small pop concert here (I joke not) & an impromptu game of footie there. (That was clearly a nod to the proletariat’s game of choice since at another demo site the day before they’d been playing cricket!). But here were loads of people out for a good time revelling in cocking a snoot to Authority, doing something unlawful & getting away with it & feeling so bloody self-righteous that do-it-yourself-canonisation could not be ruled out.

It’s unlawful to obstruct the highway & to occupy land that doesn’t belong to you without the consent of the owner. But quite apart from that, it is downright hypocritical to campaign against those who either allegedly cause the threats to our planet or fail to legislate at once to make it all better by morning ……. & then sleep in tents, wear waterproof clothing & travel around the Country using fossil fuel or its derivatives. “Do as I say, not as I do” or what!

I finally made it out of Demo Hell & passed through the police cordon to the Proper World. A world where next day people tried to get to work in monster traffic jams & clouds of pollution directly caused by the inconsiderate selfishness of a bunch of self-indulgent demonstrators bent on having a great time for a couple of weeks caring not one jot about the misery & stress caused to thousands, the cost to the Nation & the increased pollution. Closing down an airport for three days is so hypocritical, & I do wonder why the Police weren’t straining every sinew to keep it open & the Country on the move.

Later that week I engaged a demonstrator in conversation. He was polite & I did not feel insulted or threatened in any way; but he & deodorant were clearly total strangers. Their numbers had dwindled & not just because of the arrests by police which were well over a thousand. I observed that the root cause was that there were just too many people on the planet. He asked me why I didn’t join them. I said I “got” the issue (& felt more angry about the proliferation of single-use plastic than anything) but was very much against their way of going about it. It smacked of a selfish middle class jamboree to me; he didn’t disagree.

But the clincher for me was when I asked him why they didn’t go & demonstrate in Beijing. After all, nothing the UK does to deal with man’s contribution to Climate Change will help the Planet unless China sorts itself out. “Go & glue yourselves to fences, block roads & camp out in Tiananmen Square” I said. “Then I’ll believe you’re serious”.

“They lock up demonstrators for a long time over there ……or worse! Why would we go there?” he said.

“Because they’re doing the real damage”. I said

“Case proven” I reflected, & went on my way. 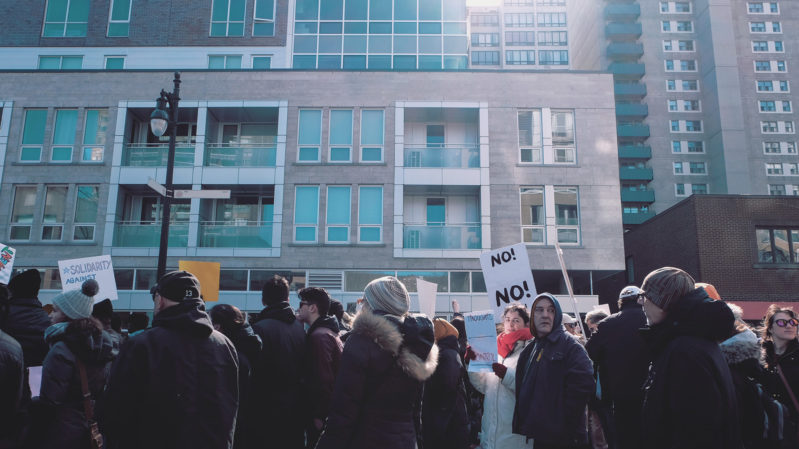