All parts of our society will be champing at the bit to get back to normal yet disaster awaits a Community that opens all the exit gates at once. Leading the population through the next few weeks and months, restoring economic health without Covid-19 regaining its deadly grip on its physical health will be the greatest challenge for the UK. The greatest test of Leadership. We are in good hands.

Only a vaccine will completely end this crisis; the economic consequences of so many essential but damaging policies will be felt for years. Staying virus-free in a pre-vaccine World will call for strict travel restrictions for a long time and to an island economy that is economically life-threatening, no matter how necessary.

We are also blessed with good leadership in Britain. The Prime Minister clearly denied the Grim Reaper in a close-run thing. His empathy with the public and its anxieties and concerns is palpable and admired. His lieutenants are also delivering the goods. Look at Matt Hancock; dealing courteously with a media that sees itself as the enemy of the Government. How he must have been aching to punch the air (in public at any rate; I bet he did in private!) when the 100,000 testing target was blown out of the water last week and yet, when the siren media voices (sadly including the BBC with the honourable exception of Hugh Pym) churlishly queried the figures and never relented in its insatiable desire for Tory blood, he remained calm and gracious in his praise for his Team and compassion for others.

Just like the President of the United States would have behaved: NOT! For if good leadership is easily recognisable, so is bad. From his constant “Me Me Me” focus in frankly every single issue to the public musing about injecting disinfectant Donald Trump has shown himself to be an appallingly bad leader in a crisis. Bullying and obvious selfishness don’t work in frightened democracies. Handling facts (I use the term loosely) with the selfish disregard of a Third-world Panjandrum, putting his upcoming battle at the polls way ahead of the Nation he was elected to serve, the self-appointed Leader of the Free World is fiddling at home whilst the Rome that is global America burns. He has not “made America great again” other than in the realms of music-hall jokes.

But in our frustration and resigned laughter, we should be very worried. We all need a globally-aspected America; it’s good for trade, investment and jobs; for all its infuriations it’s good for stability and freedoms…..and peace. Churchill once said, “You can always rely on America to do the right thing……after it’s exhausted every other possible choice”. At the moment it’s not that America’s doing the wrong thing; globally she’s basically doing nothing!

This inactivity just encourages China. Expanding militarily in the South China Sea with frightening speed, seeking out investment opportunities where asset values decimated by lockdowns the world over yield rich pickings. China has behaved disgracefully throughout this pandemic, and now it dissembles, exploits, expands …..and the Free World does……nothing! Here is a totalitarian police state, intent on global domination, taking apart the global consensus piece by piece and the current guardians on both sides of the Atlantic are merely providing fodder for the video joke creators.

The EU is moribund. They failed Italy in its time of need, they’re running up nationalistic drawbridges with disgraceful alacrity, and the Franco-German impetus is talking openly of national protectionism and leaving a dangerous vacuum. Putin sits on its eastern border and smiles with the anticipation of the bear waiting his moment to wound or kill self-obsessed, distracted and weakened prey.

The UK can emerge from this crisis ready to play its part in leading free-trading, open societies forward. Free from the shackles of Brussels, led from the front by a Prime Minister who, at home and abroad, clearly “gets it” in every way, Britain can get match-fit by continuing the spirit of the past few weeks. The prize is enormous.

But it needs, the World needs, a well-led USA to pick up the challenge of global leadership. And from where I’m sitting I just don’t see that coming any time soon.

The coming weekend will remind us all (even in our muted and locked-down Liberation Anniversary commemorations) exactly what Freedom means. “You never know what you’ve got til it’s gone” has never been more apt a phrase. The lockdown regulations have reminded us of that in a myriad of personal ways.

Quality leadership has never been more in demand. The UK’s grandchildren will in time reflect that their Country was not found wanting when the call came. It’s a shame that the same can’t be said for others in the Free World. 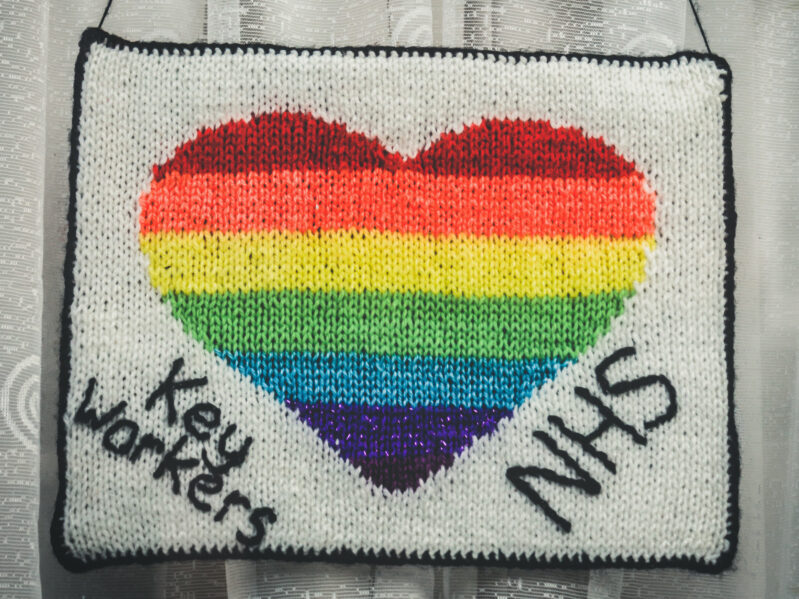